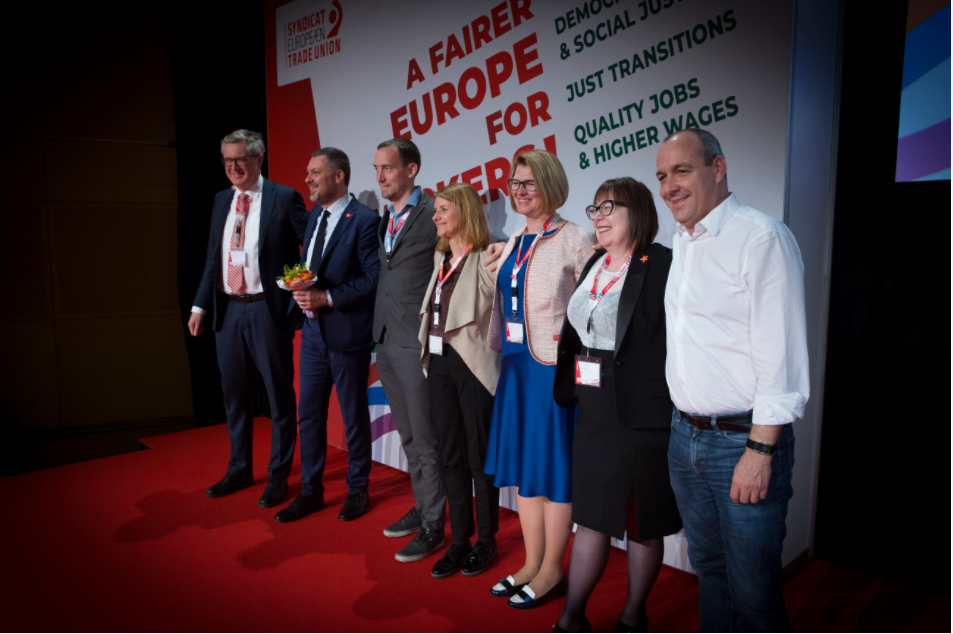 The initial Council of Europe European Social Charter (ESC) of 18 October 1961 and the revised European Social Charter (RESC) adopted on 3 May 1996, also known as the ‘Social Constitution of Europe’, have been landmark human rights instruments for the protection and enforcement of fundamental trade union, workers’ and social rights and the improvement of working and living conditions of people in Europe.

This year, in 2021, the ESC marks its 60th anniversary, while the RESC marks its 25th! On this occasion, and using the momentum of these anniversaries, the ETUC:

To read more about the ETUC’s commitment to Human Rights and its involvement in the development of both Charters, please find the full text of the Resolution here.

To read about the more specific demands formulated by the ETUC as well as its suggestions on how to improve the efficiency of the European Social Charter and its supervision mechanisms in order to ensure a better protection of trade union, workers and social rights in Europe, please download the Annex in Pdf here.