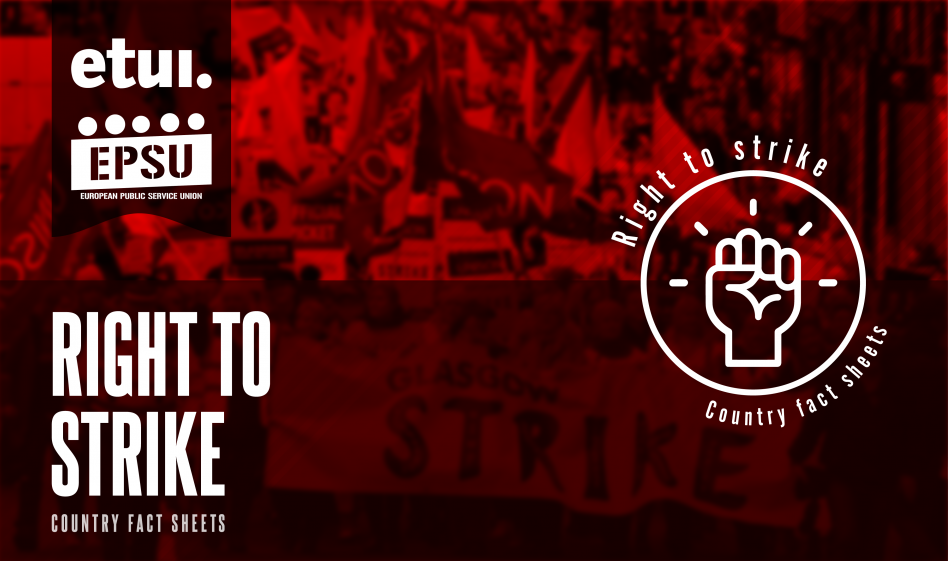 The right to strike varies across Europe. The European Trade Union Institute (ETUI) has produced 35 country factsheets that explain the latest legal situation. The European Federation of Public Service Unions (EPSU) has also begun to add countries outside the European Union and candidate countries, and a total of 48 countries are now covered. Each factsheet sets out the main legal basis for the right to strike, indicating which international standards the country has signed up to. It then runs through the main rules covering who has the right to call a strike as well as the definition of a strike.

The factsheet then looks at the case law of international and European bodies, including in particular the International Labour Organisation and Council of Europe.